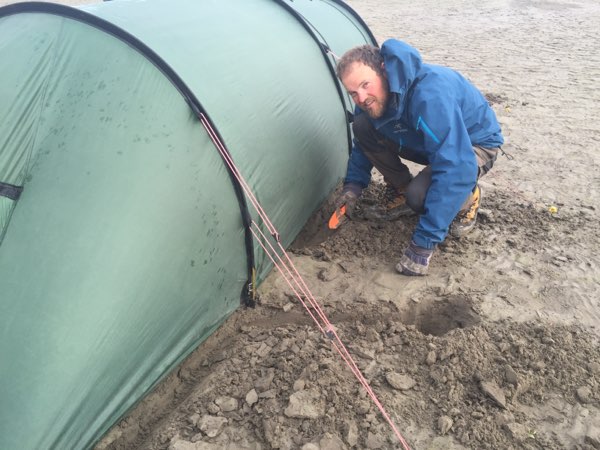 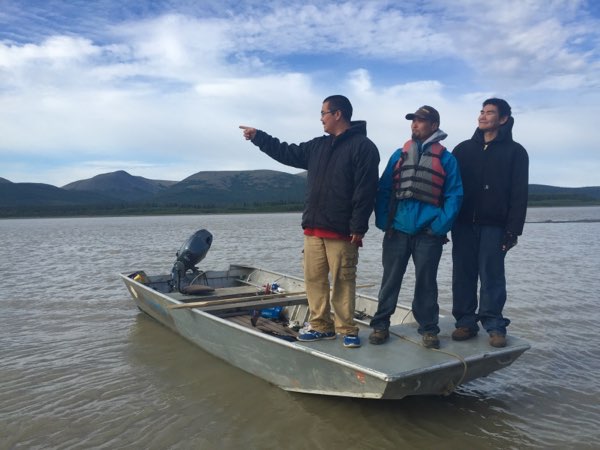 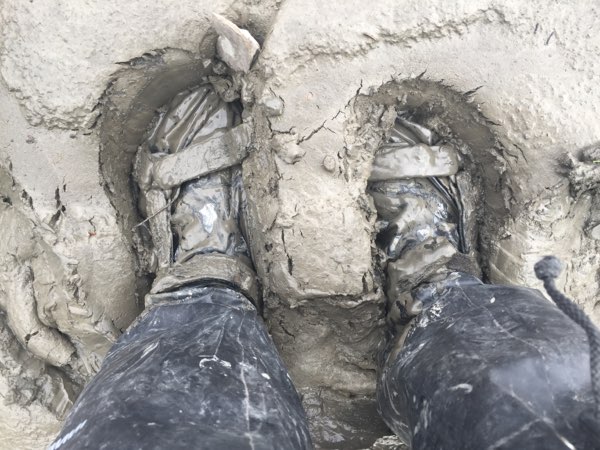 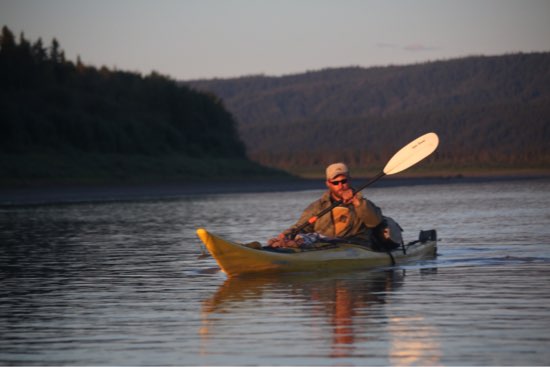 English introduction: Before coming to Alaska, we thought we’d do the trip as a two-person party at all times. But although so few people paddle the Yukon, our time here turned out to be much more social than expected. As we travelled with the two Austrians Volkmar and Herwig, we now teamed up with the wonderful Dave traveling with a Yellow Sea kayak we just call „banana boat / hammock“. As Dave is now a part of our great Yukon experience and has a very interesting story to tell, we would like to introduce him to you.

Dave, you are traveling with us for ten days now. Why the hell did you start your Yukon trip from Whitehorse to Emmonak and try to paddle 2000 miles?

I have always loved Alaska and consider it my second home. I have done a lot of rafting, hiking, climbing and mushing around the state. The Yukon was always on my bucket list. I’ve even had all the necessary maps since 1998. After my second knee surgery five months ago, I remembered this old but never-forgotten dream. It seemed like a good time to finally do the Yukon and rejuvenate my spirit. And now I am very happy to actually be here.

Can you please remember for our readers where you met these funny Germans called Jan-Philipp and Philipp on the Yukon?

I heard about you guys long before I actually met you. The first weeks, I paddled with a Swiss Family with their young child – who you also interviewed for your blog. Thanks to the Inreach Explorer device, we were always up-to-date about your progress as you started a week behind us. Every night, „The Philipps“ have been part of our campfire discussion. „Oh, the Philipps are moving fast“, „The Philipps will catch up soon“. Quite funny to speak about people you’ve never even met. This finally happened at The Dalton Bridge after 1100 miles. And since then, we travel together with one interruption of a couple days.

We think we are having a great time on the river together. What is the most surprising, funny and annoying experience you made with „The Philipps“?

One definitely surprising thing was when I first saw your big kayak and your huge amount of cargo towering in the middle. They will definitely flip at some time, I thought. But on second thought, I realized they had already made it past Five Finger Rapids. Your strong determination to get to Hot Springs a couple of days ago also surprised me. Despite all the mud, the mosquitoes, and the hot temperature. But you guys really wanted to go there! I mean, who wants to get naked when they’re a billion Mosquitos flying around?!

And one thing that is always funny: The German and English worlds are sometimes very different and can be source of misunderstanding. And you Europeans are always on kilometers, which sounds better after a paddling day, but I am used to thinking in miles. And you use Celsius instead of Fahrenheit, and Beaufort Scale instead of Knots. And so many other misunderstandings which would not fit in this interview.

You also had a lot of fun with your tents on the Yukon trip. What exactly happened?

This is not a real success story to be honest. My first tent „Mega-Mid“ broke at some point between Carmacks and Dawson. The sand destroyed the zipper. Afterwards, all the bugs would get in and eat the shit out of my hands. This was no fun. So I desperately looked for a new tent which I found in Dawson. But the only one I could get my swollen hands on was a 50 Dollar tent called „World Famous“. We are laughing about this name all the time, but it’s quality is not world famous at all. Now with this tent, I’ve ripped the fly and then damaged the zipper with my foot. As a repair would cost a fortune, I will trash it and get a another. My friend Mike sent me a new one to Holy Cross where it will arrive in a few days. I really hope this last tent will do the trick and turns out to be a REAL World Famous tent.

We heard that you have a very interesting and special job history. Can you tell us about some great jobs you already had?

I used to drive a tractor in Antartica and was part of a team that hauled 150 000 gallons of fuel from McMurdo station on the coast, to Amundsen/Scott station at the South Pole. 1000 miles on ice, which took us a full month each way. I felt like being in the footsteps of Amundsen and Hillary and a bit like being an Antarctic explorer. I really loved the job, although it was fucking cold with temperatures below 40 degrees celsius. And of course things break and you have to do a lot of manual labor beside just driving. In former years, I also have been a professional dog musher, power plant technician, and raft guide.

The Yukon trip is slowly coming to an end. It is too early for a summary of the trip. But what are your current feelings about the trip after 60 days?

For me, it turned out to be even better than I thought. I didn’t expect it to be so social, intense, funny, difficult, and rewarding. So when my friends ask, „Did you find what you were looking for?“ I would say: Yes I did. And I’d love to return at some point, maybe doing the Whitehorse-Dawson section with some friends and family. The Yukon will definitely stay in my mind and my heart.

BIO: When Dave Weimer, 37, is not paddling on the Yukon, he is living in Denver, Colorado with his wife. In his leisure time, he loves to hike, packraft, and studies Brazilian jiu jitsu. Check out his blog www.beyondthebackyard.com. 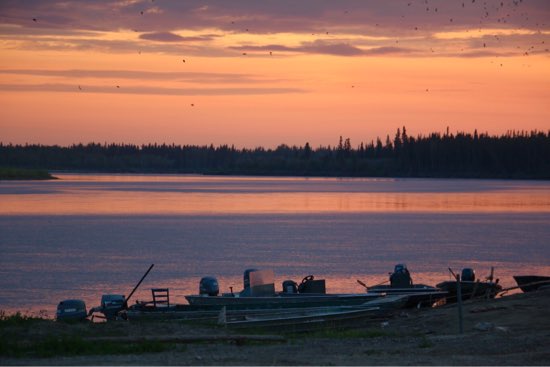 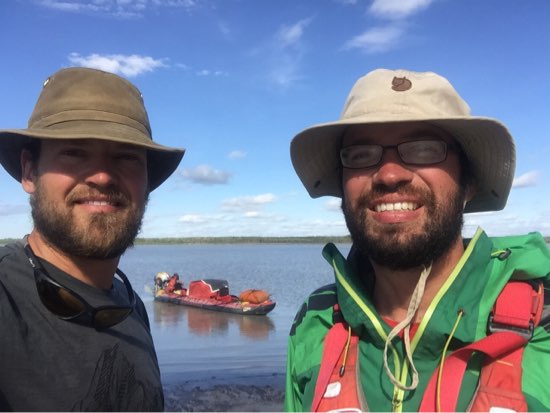